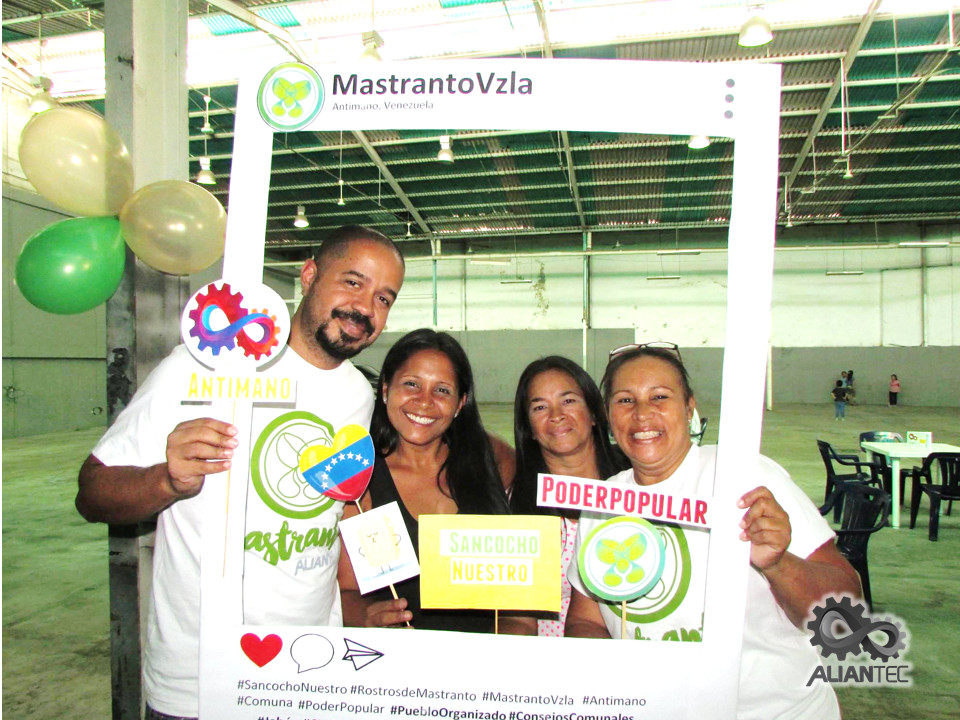 Journalism ALIANTEC, 27-05- 2017.- On the setting up of the "Mastranto Chemical Industries" soap factory, located in the parish of Antímano in Caracas, this Saturday saw the development of various activities aimed at strengthening ties of articulation With the popular power, in order to activate spaces for knowledge and production.

In the activity called "Sancocho Nuestro", the faces of the spokesmen and spokespeople of the communes, communal councils and of the Local Committees of Basement and Production (CLAP) were highlighted in the referred jurisdiction, which will be a reference in terms Production and popular organization.

The president of ALIANTEC, Miguel Caraballo, made the formal presentation of the integral training plan for the community, as part of the schedule, based on the incorporation of popular power in the factory, which will begin next July. Operations for the production of 1 million toilet tablets a month, to supply the local demand.

The leader of the "Mastranto Chemical Industries", Licentiate Yhosmary Franco, presented the progress of this project, highlighting the importance of the organized people, as a fundamental element to face the economic war, which attacks the Venezuelans in Access to essential products.

The day ended with the tasting of a great sancocho, to the rhythm of the group "Son de Antímano", in a family atmosphere, full of hopes and commitment to the productive fact of the homeland of Bolivar.